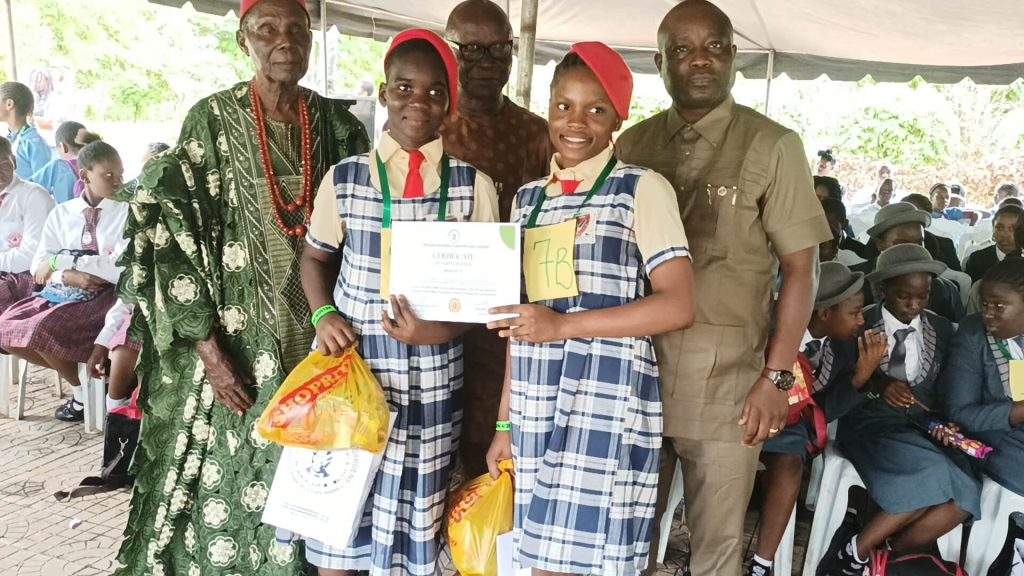 ROYAL Mira College and Epic Nursery/Primary School both in Asaba, Delta State have emerged winners of the Senior and Junior categories of the 2022 Nelson Mandela Garden and Lodges inaugural Spelling Bee competition.

The event was held on Friday May 27 to mark the occasion of the 2022 International Children’s Day as declared by the United Nations Educational, Scientific and Cultural Organizations, UNESCO.

In the competition held at the vast, scenic tree-forested Nelson Mandela Gardens, located in the precinct of the Asaba Airport in the capital city of Delta State, participants were tested in the knowledge of spelling in various fields and subjects.

The schools defeated over 20 competitors from public and private primary and secondary schools in Asaba, the state capital that participated in the competition.

In the final round of the Secondary School category competition, Royal Mira College defeated Young Achievers Model School and Victory Baptist School to second and third places respectively in the Senior Category.

He commended the participating schools for keying into the project while assuring that it would be a yearly competition specially to observe every world children’s day.

“You can see how excited these students are competing; they not only understand English, they are also proficient in spellings. We are hoping to make this a yearly event.

“We call on government at all levels, firms, and individuals to come and partner with us so that the awareness and reward can get better in subsequent editions,” said the renowned Octogenarian environmental activist, founder of Fight against Desert Encroachment, who is fondly called ‘Desert Warrior’, due to his feat of having crossed the Sahara Desert a record four times.